A Blessing in Disguise

This idiom refers to something that looked bad at the very beginning, but in the very end, it became a fortunate happenstance in our lives. 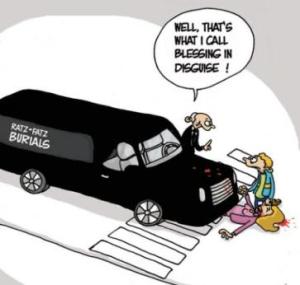 During the XIX, a poet first used this expression in one of his works. This poet narrated the hardships a person had to go through. However, in the very end, these misfortunes turned into advantages to the supposedly unlucky character. Nowadays, we use this saying to mean that an initial misadventure brought about happy consequences to us.

• When I was studying college, I failed Maths, so I had to take it again. But this time my teacher was Mrs. Wilkinson, an extraordinary teacher who taught the subject to me in a way that helped me understand the basis  of Maths  so well that in the end I was chosen to get a scholarship to study in Hardvard University. No doubt that failing Maths once became a real blessing in disguise to me.