The Black Sheep of the Family

Click on the image to listen to the song, “Black sheep pf the family” by Rainbow

A person who is disgraceful  for a group of people. Someone who nobody can feel proud of. 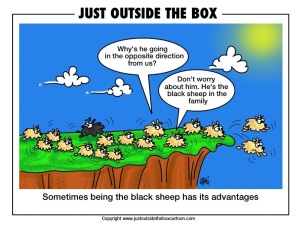 Click on the image to listen to the song, “Black sheep of the family” by Quartermass

• My cousin James dropped out school when he was 15. Then, he starting doing odd jobs to survive, but at 18 he started a criminal career that took him to prison; where he will stay for five years. Every time that people ask me about James, I just answer. I don´t want to talk about him. He is the black sheep of the family. 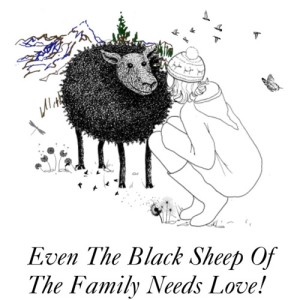