Let the Cat out of the Bag 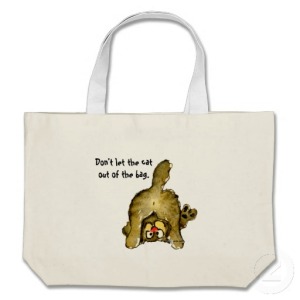 Click on the image to watch a video by “Pueblo Inglés”

To tell or reveal a secret.

Click on the image to watch the animation, “let the cat out of the bag” by Iamcuris

Many years ago, in England, dishonest merchants used to sell cats instead of the piglets that people were paying for. People didn´t realize they had been cheated until they arrived home and opened the bag. It was then that the cat jumped out of the bag that they discovered the sad truth. There are others expressions related to this one, which are: Spill the beans and buy a pig in a poke. People started using this expression as a way to tell the merchant that they were aware of the possible trickery to come by asking the merchant to open the bag in front of them by saying, “let the cat out of the bag!”

Click on the image to learn cat idioms with EnglishAnyone

• My mother didn´t know she was going to be given a new car until my father, indiscreetly, let the cat out of the bag some days before her birthday party. 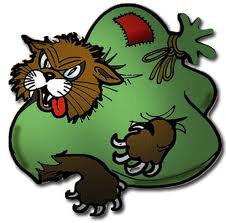