To Batten Down The Hatches 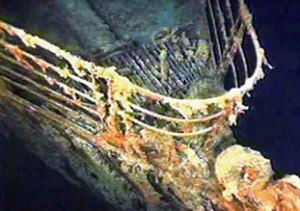 We batten down the hatches when we get ready for trouble or prepared for an emergency. A similar expression is “To be on your guard”.

This is a nautical expression coming form the 1800’s. When there was a storm, sailors got ready to confront it by nailing pieces of canvas and wood (battens) all over the hatches (entrance ways to the cargo  area below deck) of their ships in order to protect both the ships and their precious merchandise and belongings. Nowadays, people do the same when they protect the windows of their houses to get protected from an oncoming hurricane.

• My family and I have been buying groceries and saving money as well because some financial experts forecasted a crisis for next year. We are not sure if this will happen so but we are battening down the hatches just in case. 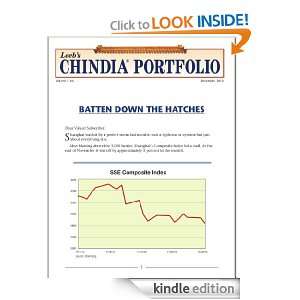 To Bark Up The Wrong Tree

We bark up the wrong tree when we select the wrong person to ask for a favor or when we direct our efforts in the wrong direction.

During the colonial times in America, raccoon hunters used to go accompanied by trained dogs which chased the preys around the forest. When the raccoons climbed up into a tree, the dogs stayed below barking up so as to tell the hunters, “Here it is”. But sometimes they didn’t notice that the animal had already escaped by jumping into a nearby tree. When the hunters arrived and saw no raccoon, they said that the dog had been barking up the wrong tree. 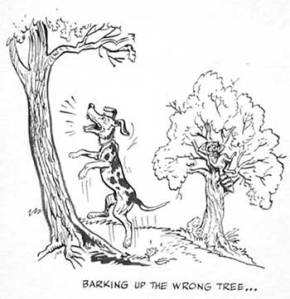 • I have loved Mary for many years, since we were little. However, I had never had the courage to ask her out. But when I finally did, she told me that she was in love with another man and that they were planning to get married soon. In that moment, I realized that I had been barking up the wrong tree feeding my mind with love fantasies for her.

Your Bark is Worse Than Your Bite

Google images, “Your bark is worse than your bite”

We tell a person that their bark is worse than their bite to mean than their threats are more frightening in sound than what they really are when they are put into practice.

Google images, “Your bark is worse than your bite.”

This expression was first used in the mid-1600’s. There are dogs that bark as if they were going to take your soul out of your body with a bite. Actually, dogs which bark the highest usually never attack you. That’s why, when a person announces a threat or a future punishment but in the end, they don´t do anything about it is when we say that their bite is worse than their bite.

Google images, “Your bark is worse than your bite.”

• My boss has been telling all of his workers for ages that if we keep arriving late to work, he would fire all of us but he has never done anything at all. Now, we don’t pay attention to his reprimands because we know that his bark is worse than his bite.
01/27/2013

A baker’s dozen means thirteen pieces of something. A dozen (twelve) plus one more.

Hundreds of years ago, the English bakers cheated on their customers by baking lightweight, fluffy pieces of bread. The British parliament reacted angrily passing a law saying to bakers that if they continued with this situation, they would be severely reprimanded/punished. The bakers, in turn, responded by giving thirteen loaves of bread to any customer who asked for a dozen so as to tell the government, “We are giving off bread as a gift”. 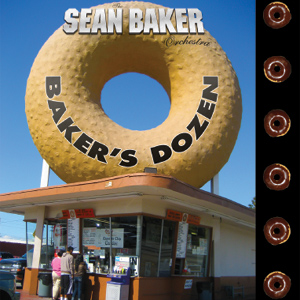 •“He is a very good customer of mine. So, everytime he buys an egg dozen, I give him thirteen. My very good client is given a baker’s dozen”. 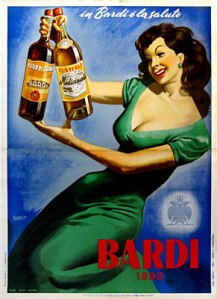 A backseat driver is a bossy person who tells others what to do. Someone who gives unwanted advice or instructions.

Many rich people ride their cars in the backseat and tell their drivers where to go and how to do it. They can even change their minds on their way and ask the chauffer to stop or whatever they may feel like. We become backseat drivers when we take a taxi. But expand this meaning to mean that somebody is giving unwanted, annoying orders, suggestions or instructions that no one else has asked him to. 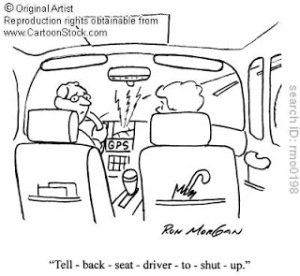 I hate my mother-in-law. When she comes visiting, she starts telling me and my wife how to educate our children, take care of them, feed them and even how to dress them. I try not to be rude and I keep myself quiet but it is so unpleasant to have such a backseat driver in my house all day long.

Back to Square One

To go back to square one means to start something out again. To return to the starting point so as to give something a new beginning.

Google images, Back to square one

When we play board games, we start from square one and the purpose of most games is to go advancing to the final box so as to become the winner. Some games include punishments in which the players have to go back to the starting line. A similar expression is to “Go back to the drawing board” as some architects would say. The intention is to repair a flaw, mistake or something that was incorrectly done.

Google images, Back to square one

My girlfriend told me that she wanted to quit our relationship. I love her so much and promised her that I would do my best to regain her love and trust. I proposed her to go back to square one and to start building a strong relationship from zero.